The solo Redo has won breakdancer Redouan Ait Chitt a nomination for the 2019 VSCD Swan award for best performance in dance. The piece was created by choreographer Shailesh Bahoran and Ait Chitt after the former won the 2017 Dutch Dance Festival Prize, an incentive prize for choreographers.

Bahoran is a well-known name within the dance field. In 1998 he was one of the founders of the Utrecht-based breakdance crew IRC and since then, his talent and artistic search have been making waves in contemporary dance circles. Redo is the first show by Bahoran’s own company, Illusionary Rockaz Company, the successor to IRC. The solo was an instant success.

Redouan Ait Chitt is a brilliant breakdancer whose movement qualities are enough to make anyone jealous. But, as the creators of the piece inform us in their publicity material, Redouan Ait Chitt was 6-0 behind the day he was born. With a right leg that is shorter than the left and a missing hip joint, walking does not come naturally to him. A prosthetic hip allows him to walk today. His right arm is also shorter, and he misses an elbow joint and several fingers on each hand.

None of it has stopped him from becoming a professional dancer, performing all over the world and running his own dance school. In addition, he is a motivational speaker and is a member of the international breakdance crew ILL-Abilities. Although the focus on inclusive dance in the Netherlands may be relatively new, Redouan Ait Chitt is a pioneer in the field. The solo Redo is a testament to how far he has come with guts and will power as his driving forces. 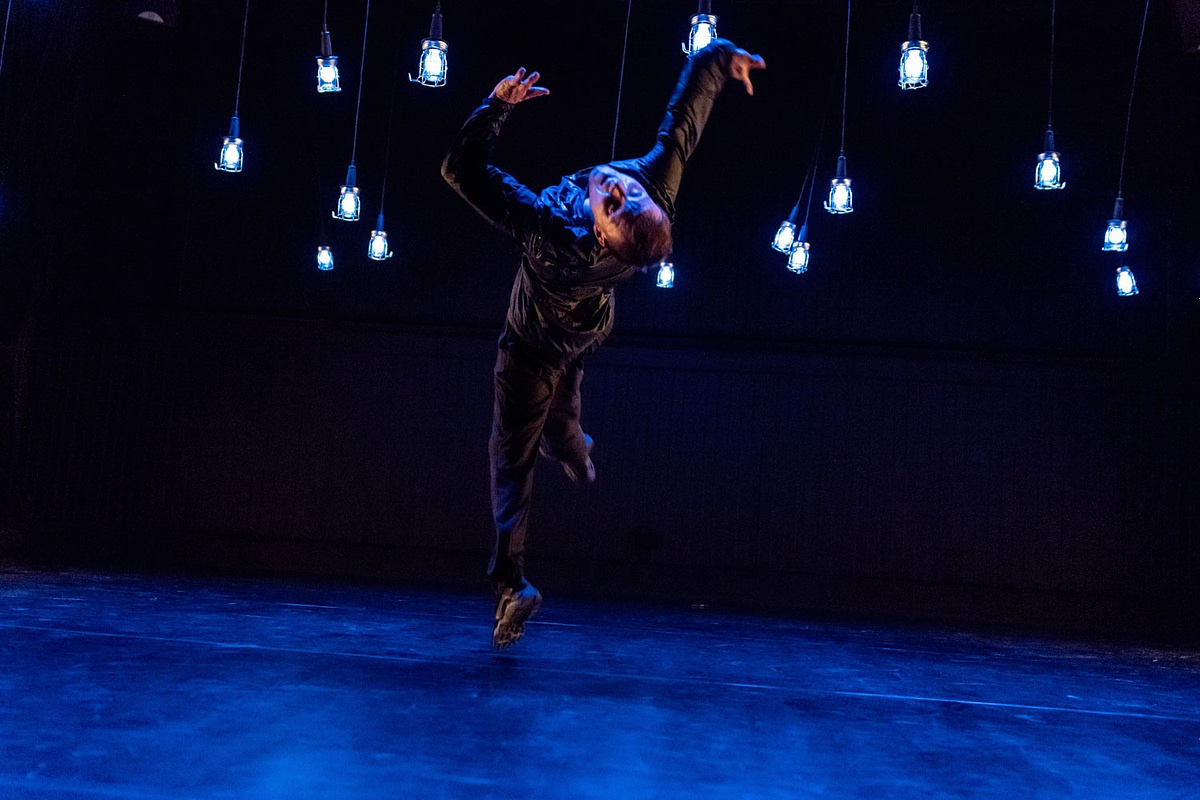 In Redo, Shailesh Bahoran and Redouan Ait Chitt demonstrate how breakdance allows for a personal approach and dynamics within its vocabulary, found through exploration and trial-and-error. The onset of a movement can be sparked by a hand wriggling organically; the eyes and head follow, drawing in all of the body moments later. A style of movement that adds new meaning to the concepts of risk-taking and finding balance. To start from there is admirable in itself, but Redo is more than just an illustration of Ait Chitt’s prowess.

It doesn’t take a connoisseur to recognise all kinds of familiar breakdance elements in the solo. Departing from this source and with great eye for detail Shailesh Bahoran and Redouan Ait Chitt have created a series of powerful, varied movement sequences, playing with pacing and, here and there, with repetition. While the show starts off taking it slow, Redouan Ait Chitt rolls and dives at breakneck speed later on, performing a series of inimitable movements as the piece progresses – that is how rich the dance vocabulary is.

The solo is danced to a composition by Rik Ronner, which features a soundscape using different sound effects interspaced with piano and string music. Added to the concentration and intensity with which this strong performer executes his solo, it makes for a thrilling 30 minutes. Towards the end of his solo Redouan Ait Chitt makes the dozens of hanging lamps suspended like a sky above his head swing. It may be symbolic, for by then everything, including the audience, has been set in motion.

This review was published 17 October 2018 on theaterkrant.nl.