It is a peculiar sensation, sitting down behind my computer to go online and watch a live registration of Deluxe by BalletBoyz on the Sadler’s Wells Facebook page. Although to be fair, ‘live’ in this case is pretty relative. The performance isn’t actually live in the sense that it is being performed as we speak. It is a registration of an earlier performance before all the theatres closed due to the corona crisis. But the experience is live in the sense that we are all watching the same performance at the same time, Friday March 27 at 7:30 PM, the exact time Deluxe would have started at Sadler’s Wells.

This is not my first experience with watching (live) registrations. Over the last few years Dutch cinemas have been increasingly offering live performing arts content from all over the world. From ballets by the Bolshoi Ballet and opera straight from the New York Met, to theatre from the Comédie Française in Paris and the National Theatre in London. For the companies these streams are a way to procure some extra revenues; for audiences they are an opportunity to see some spectacular – and often sold-out – shows without having to travel abroad, and for the fraction of the cost of an actual ticket.

The biggest difference with registrations like Deluxe is, of course, that the former ones are screened in cinema venues, while we are watching this one from behind a computer screen. Instead of collecting additional revenues – most are free, although viewers are free to donate – this stream offers a way to connect in these peculiar times. 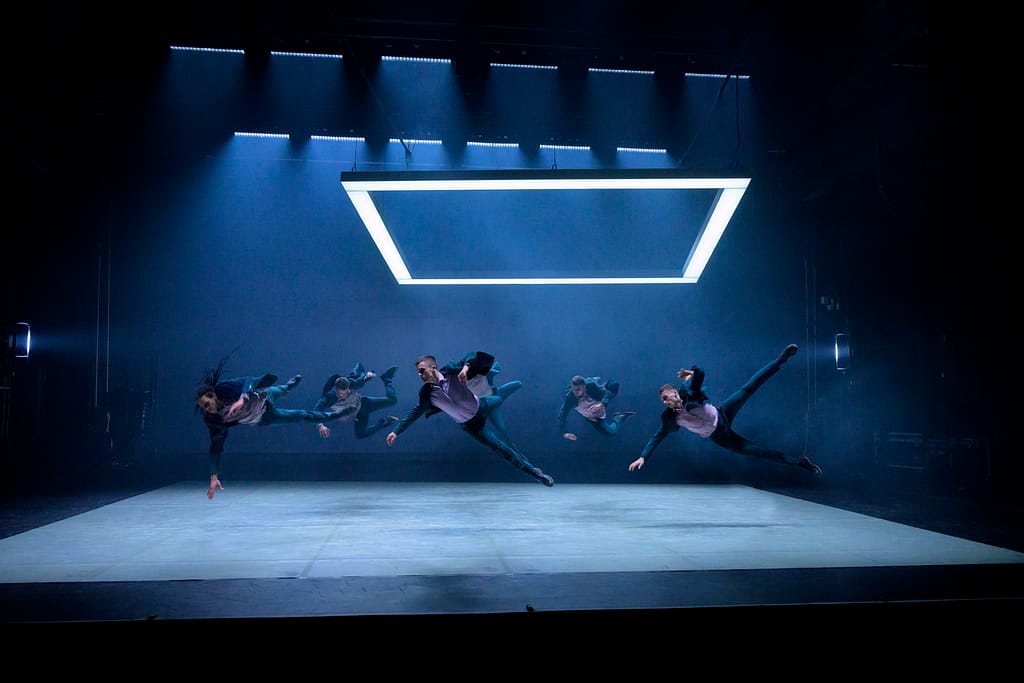 These live online gatherings and offerings are among the many creative ways cultural institutions are coping with the sudden cultural nuclear winter. In a weirdly wonderful way, culture has never been closer, only a few keystrokes away.

Would you like to browse the collections of the Rijksmuseum, Tate Britain or the Metropolitan Museum of Art? Or explore the wonders of the Sistine Chapel at the Vatican? All these museums – and more – now offer free online ‘tours’.

Some film festivals, like Movies that Matter in the Netherlands, or the South by Southwest Film Festival in the United States, have made a selection of their content available online. Theatre, dance and opera companies have followed suit. The aforementioned National Theatre offers a handful of their past registrations for free (Jane Eyre is now available for streaming, with Treasure Island and Twelfth Night still to come). Andrew Lloyd Webber has even launched a new YouTube channel, called The Shows Must Go On!, which will make a new production from his extensive repertoire available for free for a 48-hour time period every Friday.

You can watch opera and ballet at Opera Ballet Vlaanderen, or you can stream evening-length dance performances at Alvin Ailey All Access. Rosas offers a handful of films and live registrations, from Achterland (1994) and Ottone Ottone (1991) to performances Partita 2 (2013) and Rain (2001). Sadler’s Wells also has more on offer. Of course, these are just the tip of the iceberg.

The Dutch cultural institutions have not been idle. Most dance companies, like ICK Amsterdam, Introdans and Dansmakers Amsterdam offer some form of streamable content, from online classes to films, documentaries and behind-the-scenes looks into the daily lives of dancers and dance makers during quarantine.

Maas theater en dans is promising us new content every day, and Scapino Ballet offers new content every Monday, which will be available for streaming the rest of the week (still coming up: Henry by Itamar Serussi, Pablo by Marcos Morau and Pearl by artistic director Ed Wubbe). National Opera and Ballet offers the widest variety, with  a new registration of a classical opera and ballet production each week, ballet lessons from Ernst Meisner, and even games and quizzes.

If the Dutch language isn’t an obstacle, there is also Theaterflix, with loads of free content, like Nicole Beutler’s LIEFDESVERKLARING (voor altijd) and Groots and Meeslepend Wil ik Leven by and with Steef de Jong.

Obviously, watching registrations is not the same as actually being there. But there are upsides. The camera can usually get closer than audience members normally would. And registrations can offer extras, like interviews, or behind-the-scenes features. As was the case with Deluxe. Besides brief introductions by Saddlers Wells’ artistic director Alistair Spalding, and Michael Nunn and William Trevitt, the artistic directors of Balletboyz, there was a short dance movie by Sarah Golding called The Intro, and, before each of the two main choreographies, a brief making-of in which the choreographers explained what they wanted to achieve.

In Maxine Doyle’s jazzy Bradley 4:18, at times reminiscent of Jerome Robbins’ choreographies for West Side Story, each of the six male performers enact a different story, a different reason why ‘Bradley’ would be awake at 4:18 AM. With the spiritual and esoteric Ripple, Xie Xin went in search of a specific sensation: ‘like a storm on a quiet body of water’. Xie Xin doesn’t choreograph with poses, but with sounds. ‘After the vroom, you’ll be whoom!’

As is the case with many registrations, afterwards Deluxe remained available online for seven days. But seeing it ‘live’ definitely has added value. Watching on Facebook did take some getting used to, especially the constant barrage of emoticons floating up at the side of the screen. Mostly hearts and happy faces, but also a few angry ones, when the technology refused to work.

But the experience is certainly enhanced by the realization that you are all here now, watching together. The live registration boasted an audience of around two thousand people (Sadler’s Wells can hold almost 1600) from all around the world; from Finland and Bosnia-Herzegovina to New York and even New Zealand. When the piece had a fifteen-minute ice cream break, a lot of people went and did just that. Many of the comments had one main tenet: people were just so happy this was happening. In these frightening and uncertain times, the love could really be felt.