Director of Dutch National Ballet Ted Brandsen: “Under the current social distancing rules ensemble pieces, and even the most basic partnering work, is impossible”

From 1 June, the first cultural venues will slowly be opening their doors again. But when exactly? And how? We asked Ted Brandsen, artistic director of the Dutch National Ballet, about the logistics and the future.

While cultural institutions will be allowed to reopen their doors to the public, albeit under strict conditions, the Dutch National Ballet won’t reopen until September. What were the considerations that led to this decision?
“Our reasons were twofold. First: we can’t fall back on any of the programmes we had planned for the rest of the season. We are a large company consisting of eighty dancers, so we mostly make big productions. Under the current social distancing rules ensemble pieces, and even the most basic partnering work, is impossible. We just don’t have any productions on our repertoire that could accommodate these strict conditions. Secondly, to open up a sixteen hundred seat theater for thirty people, or one hundred from July, just isn’t a practicable proposition.”

In the past there have also been smaller performances, like the very popular and often reprised children’s performance De kleine grote kist, which was performed last year in the much smaller Odeon-zaal by three dancers of the Junior Company. Would that have been an option?
“There we would have been confronted with the same problem, at least performance wise. Dance is an art form in which performers come very close, and physical contact plays an essential part. That’s something we just cannot do at this time under these particular circumstances.”

How have the dancers been keeping in shape?
“The first nine weeks of the lockdown the dancers trained at home. During that time we provided online dance classes. One of our ballet masters and one of our pianists would be giving the lesson from our studio, which would then be streamed live to all the dancers at home. We provided each dancer at home with their own barre and ballet floor. The one thing we couldn’t provide was space.
Since the third week of May we have been giving actual dance lessons in our studios again, in very small, set groups – a maximum of six per group. There’s a very strict corona protocol, approved by an expert panel of virologists and microbiologists from RIVM (the Dutch National Health Institute) who we were able to contact through the national sports federation NOC*NSF. The dancers have to keep at least three metres apart. We work in shifts, with a ballet master and pianist in one of the studios, whose lesson is then streamed directly to the three other studios. We have four of these shifts a day to allow all eighty dancers to follow a seventy-five-minute dance class. Of course, this is nowhere near the eight hours of practice a day the dancers are used to.”

When will the Dutch National Ballet start performing again?
“Since we won’t be performing for the remainder of the season, we will be taking our summer break earlier. That way we can also return to the studios sooner to start getting everyone into shape again. We’re planning to give our first performances in September and we’re really hoping that by that time, actual physical contact and partnering work will be possible. Inevitably, these first productions will be small-scale affairs, with a shorter running time and for limited audiences. Taking the 1.5 metres distancing measure into account, we could probably accommodate three to four hundred visitors, depending on if the’re individual visitors or members of the same household.”

A number of shows in the current season – Four Seasons, Beethoven – has already been cancelled, and several productions that were planned for this autumn – Hollandse School – are likely to follow suit. What will happen to these shows?
“At the moment we’re working very hard on our new schedule for this autumn, which we are hoping to present to the public in August. We intend to bring back every show we’ve now cancelled, somewhere in the future. After investing all this time and money, it would be senseless to just throw it all out.”

Until then, how do you intend to retain the company’s visibility?
“Since the start of the corona crisis the online platform of Dutch National Opera and Ballet has been a very important tool for keeping in touch with our audiences. The platform has broadened its scope accordingly. As far as the ballet branch is concerned, we offer a wide range of content. We’ve been providing dance classes, not just for our own dancers but for other professionals and members of the public as well, there have been workshops for our younger audiences, and we have our own streaming service. Every Saturday we’ve been making another ballet available for streaming. Currently, Mata Hari is streaming, next is the Paquita/Penumbra/No Time Before Time program. There are also other projects, like the home video choreography Hold On made by dancer Milena Sidorova and twenty-five of her colleagues, filmed from their own homes which has been watched over 440,000 times. The online connection has proven very important for the company, and I think will remain so for the foreseeable future.”

Will dancing at a distance be the future?
“Dancing at 1.5 metres distance is an untenable proposition. It’s the complete opposite of what the art form stands for. Dance is about physical contact, it’s an exchange of energy between people, between the dancers themselves and also between dancers and the audience. Dance is a communal experience, where people come together to experience something special.
I think the real bottleneck will be the number of visitors that is allowed inside. When will we be able to run at full capacity again? I fear this will take quite some time.
Let’s say that from September we’d be able to take up partnering work and have our entire corps the ballet onstage, while still accommodating no more than three hundred visitors. Could you imagine us presenting Swan Lake under these conditions? There would be about as many cast and crew members on and around the stage as audience members in the auditorium. Performing for three to four hundred people an evening is not something we’ll be able to keep up for any length of time.
Still, I do think it’s very important for us to reopen in September, not only for our dancers, but also for our audience which has been so supportive these past few months. Many of our visitors already had (season) tickets, and a good number have decided to forego reimbursement or even donate their tickets. It’s been truly heartwarming to see how supportive they are of the Dutch National Ballet, and of the arts. These are uncertain times, and things will probably be very different for a good while, but we’ll never stop dancing.” 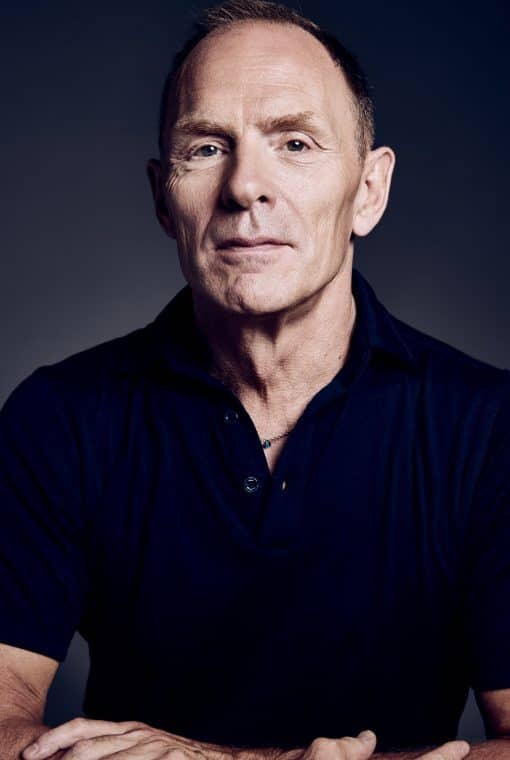 Korzo director Gemma Jelier: "It will definitely be very different from what the public was used to"

What don't I miss?