SPRING Performing Arts Festival “is about the world of today”, according to their website. It focuses on new developments and crossovers in the performing arts internationally, with a special focus on work that takes place in (relation to) public space.

The “world of today”; I’ve lost grip on what that entails. In my privileged position, writing from my laundry-work-guest room while I hear my partner jump from one online meeting to the next, I can allow myself to feel blocked. Writing about “new developments” to address the “performing arts” in the (first?) aftermath of Covid-19 feels, quite simply, as something I’d prefer not to. Still. More confused than angry, more dumbfounded than resolved, I haven’ t given up on life. Or on writing. Or on dancing, for that matter.

“SPRING is about”: interesting, here’s a possible entry to face the white screen. I recover an article from 2017 by Florian Malzacher, on the reciprocity between visual art and the performing arts when it comes to curating or programming. “There is a necessity of putting works into larger contexts”, Malzacher writes, “to have them interact with each other and the world that informs them. And there is a possibility of creating a collective experience not only within the performance itself, but rather turning a programme, festival, event, or venue into a larger field of communication and communing”.

These past few months have brought this performative dimension to the work of curators (and programmers) more to the fore. Without their creativity and performance, no communion. So it was only fitting to see SPRING performing at SPRING this year, more than ever before.

SPRING on screen chose not to present any recorded shows, in a decision I very much commend. With the tagline Don’t miss what you miss, showing mere ghosts would have been close to offensive. Instead, the festival asked its artists to come up with something that could link their intended works to the present context, via the screen. Each video came with an introductory text, and with the possibility to donate money to the artists directly.

Format-wise, SPRING’s palette was surprisingly conventional. The focus on new media, the playing with notions of time and space by combining the body and its recording in one way or another, or even the deconstruction of the idea of liveness of the performative event; these were part of the festival’s DNA long before this crisis hit. Still, deprived of the possibility of presence, many of the proposals sent in for the On Screen edition were old-fashioned teasers, promotional videos, fragments of pre-recorded documentaries or video-clips. We still very much missed what we missed. And perhaps this was the underlying or subconscious statement that needed to be made: not even the artists commissioned by a festival like SPRING – new developments, crossovers, today’s world – choose to rush forward to the next best thing in this context.

In her short video A Robot walked into the theatre, Ulrike Quade showed robots entering the Stadsschouwburg Utrecht, their tickets scanned by other robots, and being the sole audience of a dancing fellow-robot. While I acknowledge the value of such thought-provoking experiments, the work tickled the depths of my despair. I had a similar feeling last year, while awkwardly applauding Thomas Melle’s android in SPRING’s co-production Uncanny Valley, by Rimini Protokoll. The android – that is, Melle’s recorded voice – had just delivered a lecture on the benefits and implications of his body being absent. The future, I wrote back then, is already here. Today, I re-read the sentence with a slightly bitter after-taste. 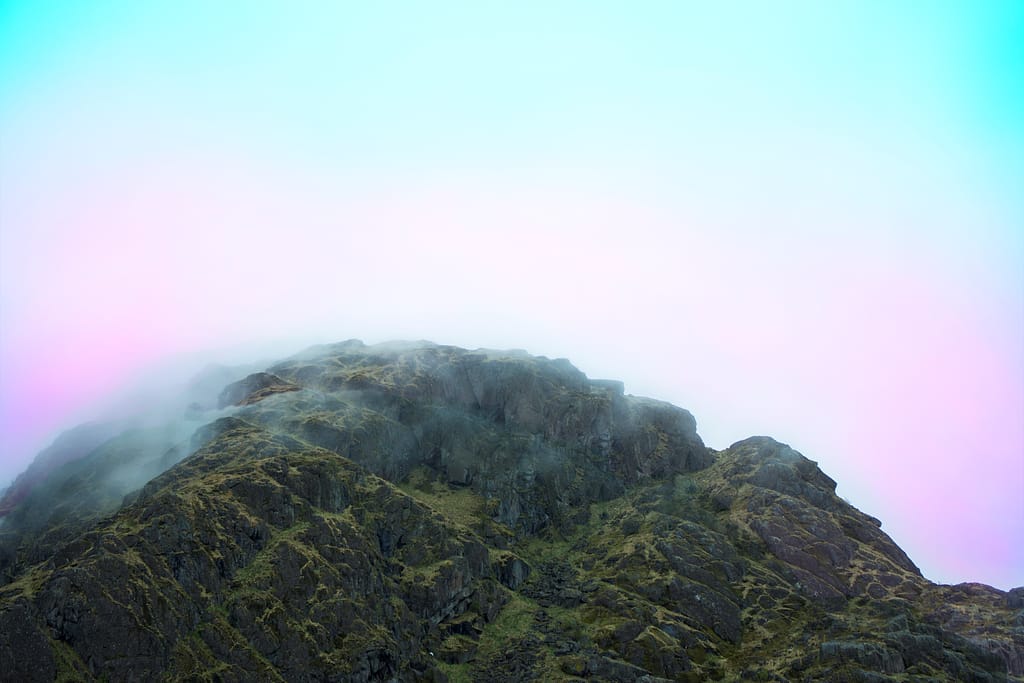 Sound artist Jan Fedinger presented Land[e]scapes. Something that would seamlessly fit into the “new normal”: a performative experience that doesn’t involve or need other bodies in the room. Moving sounds and flashing lights, seen and heard at close range, to set ajar a psychedelic, hypnotic door in the receiver’s brain. Fedinger takes the moving body out of one of its oldest equations: the possibility of offering a cathartic “out” is here delivered by other senses. He joins an existing line of similar experiments, such as Matterflow (Sébastien Deguy) who had us lie down on beach-loungers during Amsterdam Westival 2016, with a white cloth covering not our mouths, but our eyes – thinking back, how these looked like masks. Last year SPRING presented Andrea Božic’s installation Through the looking glasses, which used a similar technique. The apparent trend will no doubt continue to develop as/if individual forms of entertainment and escape – look at gaming – continue to get hold of our routine.

On another plane, the creators of some of the more bodily bound performances sent in alternatives that transmitted a certain aura of grief. Of holding onto. Ingrid Berger Myrhe introduced the concept of her dance piece Without Words by means of a video-interview with herself, combined with rehearsal fragments. This was not a substitute of anything, but an announcement. A promotional video, holding on to the hoped-for possibility of being able to show and share the piece in the good old way.

Charlie Prince delivered a simple, fragile, yet very appealing combination of movement and written text. Cosmic A* consists of a short video of himself dancing in an abandoned building, from Lebanon with love (and sadness – but it’s possible I projected the sadness onto it, as the décor accentuating his utter loneliness mirrored my own). While the video was far from original, the essay accompanying it provided it with a particular depth. Words to accompany dance in a time of need – if this sets your teeth on edge: get over it. Because his shared, written thoughts got us where his recorded body could not. The words felt like something gained, not an underscore – perhaps because the essay danced, too. A mashup of quotes, verses by Prince himself, long sentences and drawings with letters (oooooOOOO00000OOOOoooo), the impressionistic text made Prince’s mind visible – what a powerful paradox – offering us a peek into his inner process. 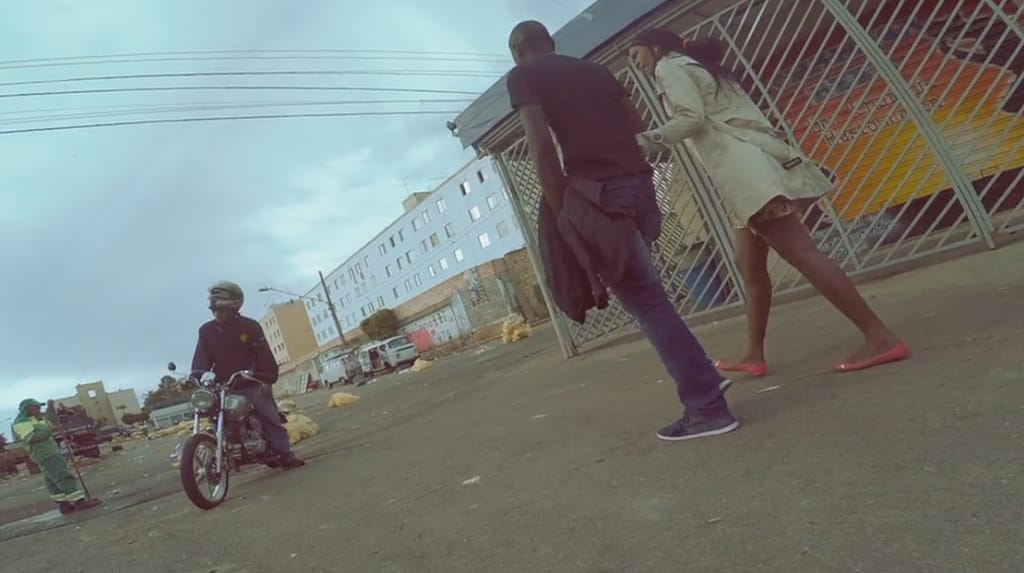 from The Waking Forest by Christiane Jatahy

Finally, the documentary works really deserve an article of their own. Monica Calle gave SPRING permission to show Casa Conveniente (2019), a short documentary introducing her theatre-space and neighbourhood project in the disadvantaged district of Chelas, in Lisbon, under threat since the government withdrew its subsidy in 2018. Christiane Jatahy, who was supposed to premiere her latest project The Lingering Now in Utrecht, showed a video stemming from her theatrical installation The Walking Forest, which came to Holland Festival 2016. It introduces us to Prosper, a Congolese immigrant in Brazil, who shares his thoughts on Black African migration. In a resigned tone: “You destroy a people’s future and then say: ‘you’re not welcome here’. No, we’ll keep on coming. We’ll just keep coming.” Lastly, Marcela Levi and Lucía Russo sent in a video from Brazil, Janelaço da alma, which showcased the loud, embodied casserole protest against Bolsonaro’s rule sounding night after night since 18 March, and from balcony to balcony – that newfound and international platform of political and socio-cultural expression. The video is a cry of despair, spliced with images of their last show HARM-ONY and accompanied by a short essay that connects the concept of Ventana (window) as a thing that allows for breath with the symptoms of Covid-19, the asphyxiating cultural climate in their context and an unexpectedly and cruelly topical phrase (the essay was written before George Floyd’s assassination, yet after that of Eric Garner): “I can’t breathe”.

SPRING On Screen overall performed as a frail mosaic. Frailness as content, or as a feeling embedded in the precarity of an improvised form. Both are powerful and necessary, a must-go-through to see what lies beyond the “world of today”.

As my thoughts drift away from the festival and onto the streets, I block again. Because I can breathe. I scroll back on Levi and Russo’s film and listen once more to the sound of the casseroles. And I quote them, to close: “How not to die is the question that echoes and reverberates on the horizon when we look through the window. In the midst of this scenario, a private bank [….] launches a public call for proposals called ‘Art as a Breath’. The public call proposes to select 120 artists, groups and companies from all over Brazil to ‘breathe’. And all the others? Using the term and the action of ‘selecting’; during a crisis in which everyone is unable to provide for themselves; isn’t that unacceptable? ‘We can´t breathe, we can´t breathe’.”