On this very rainy 4 July, we were invited for a walk through the Amsterdam district de Baarsjes. Hidden spots in the neighborhood became performative spaces. Nature hosted performances, and nature was performed. WhyNot started in 2009, a festival for dance and performance, distinguishing itself with its eclectic site-specific programme. Aside from the biannual festival, WhyNot presents a variety of activities during the year, and is known for its interdisciplinary works and unusual encounters.

The evening started with an excerpt from Cherish Menzo’s work JEZEBEL. Powerfully performing inside the greenhouse of Kas Keerweer, she skillfully edited her full-length piece to still offer the audience an insightful experience. Menzo comments on the hyper-sexualization in mass media of female bodies, specifically within hip-hop culture. The piece refers to the late 90’s phenomenon of the video Vixen, where female models performing in hip-hop video clips reinforced stereotypes, particularly with women of color. The site-specific aspect did not interfere with the quality of the performance. It added a beautifully effortless staging and mesmerizing atmosphere between the glasshouse, the smoke, and the moving body. 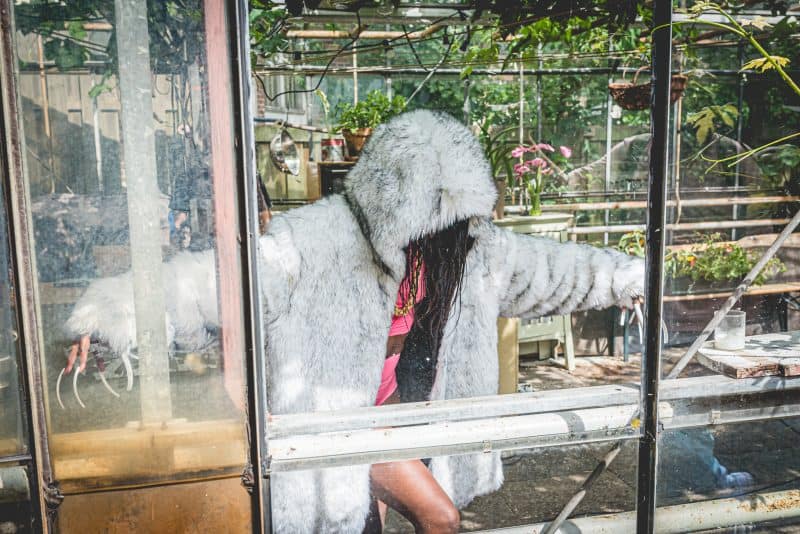 Following this energetic performance, the audience was invited to continue the tour and visit Van Kinsbergen Binnentuin. In this ecological garden, usually closed to the public, Igor Vrebac presented Evolution, Baby. Arriving at the surprisingly vast green haven set my expectations high. In this grandiose setting, two performers appeared from behind a backdrop of black cloth. They randomly wandered around and, quite suddenly, started undressing frenetically, their underlying distress visible. Generic electronic music started playing as the performers disappeared briefly to come back with disco balls, and acknowledging the audience in a semi-nonchalant manner, throwing the disco balls in our direction. It made me feel like a bowling skittle. Failing to address its rich surroundings, the piece came across as a gimmick of contemporary dance. 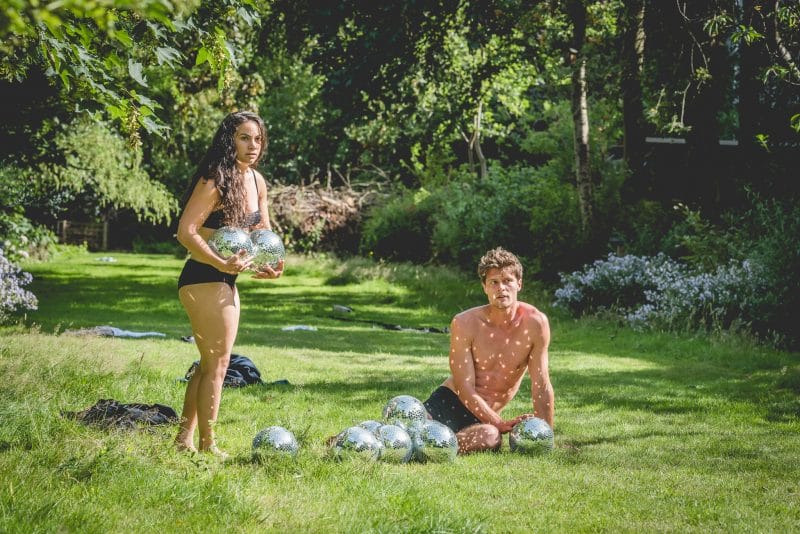 We ended our humid tour with Pranic Grid by Annika Kappner at De Slatuinen. We were asked to queue and prepare headphones and an audio file on our phones. Slowly, we entered yet another magical hidden spot, where we were gently guided by the recording through this wild natural paradise until asked to remain still and close our eyes. Three performers dressed in white made sure the public followed correctly. The guided meditation lightly mentioned ecosystems and networks and uncovered a sweet co-relation between our embodied perception and digital realities. But despite being presented as a work made for this precise location, the audio experience never seemed to particularly address the site. It could have taken place anywhere. Kappner’s piece lacks layers of depth and falls into a ubiquitous trend of using holistic practices for entertainment. The role of the performers remained unclear and never seemed crucial to the context.

Being able to see live performances again is very exciting, but my overall experience left me wondering a few things. Are the health regulations and the precarious situation of the field conditioning the quality of the work? How much are we willing to compromise in order to keep shows going?
My concern is whether works that are able to integrate the current restrictions and regulations are at an advantage, and perhaps compromising the quality of what is being shown. The field in its current state would benefit from greater investments in crafting new work, or adapting existing works within today’s conditioned context.

Business director Zuiderstrandtheater Leontien Wiering: "The collaboration between theatres has been stronger than ever during this crisis"