It’s what you’d read on a city map in public space: you are here. That is, before we all turned to Google maps to find our way whenever we enter some unknown place. The reassurance of those words tells us someone was here before us and charted this territory. It means we won’t have to get lost. Dries Verhoeven’s performative installation of the same name, which is part of the corona-proof amended programme of SPRING Performing Arts Festival, offers its visitors a similar sense of consolation in these uncharted times.

The installation offers an intriguing mix of being sequestered and being part of a group. Originally made in 2007, its to-and-fro between isolating visitors and making them feel known, seen and part of a functioning society has a particular ring to it so shortly after the lockdown. What would come across as an extended abstract bedtime ritual in normal times, takes on more poignant connotations in the new normal, for all our interactions now form a potential health risk, and so we retreat into ourselves.

Off the beaten track, among the pioneering small businesses on a former Utrecht railway wharf, Verhoeven’s audience is asked to wait. Chairs are placed the requisite 1.5 metres apart; hands are wiped with disinfectant. Nobody says much. We each receive a key, and after further anticipation, we are invited to enter a narrow hallway one by one. Doors left and right. My key leads me to room 11, a windowless convent cell with a white single bed. A jazzy tune spills from the vent, the kind that makes you expect Sean Connery’s Bond to enter any minute with a bottle of champagne. There is nowhere for him to place his handgun.

You are here – cloistered away in my strange little room I am alone with my thoughts. Lying on my back on the narrow bed makes me realise I’ve rarely taken on quite such a physically open attitude for a show. It’s a good thing the piece takes its time, because it takes some getting used to. For now, there’s not much to see. No way to gauge the energy of the other audience members that is usually so palpable when attending a show. I answer my questionnaire: what did I dream last night, what clothes am I wearing, what’s in my pantry. I look up at my own reflection in the mirrored ceiling.

The image that appears of this show in all the media reveals itself slowly. There they are, all the people in their rooms, making their beds, tidying their papers, singing songs. All looking at each other as if on a giant Zoom screen. Very close, but completely out of reach. There’s a small square for everyone, and were we asked to speak, I’m sure our eyes would drift towards the spectacle of our own moving faces like they have done all those long online meetings and get togethers that have made us thirsty for other bodies close around us.

By incorporating and mixing little details from each of our lives, the piece draws us out of ourselves and closer together. The tension of lying here exposed ebbs away. There’s a sweet little nocturnal encounter, a hypnotising chant that lingers, and we are lulled into a sense of security. Even though I’m sure there were monsters. They knew my name. They let it ring until they found me and let it shine into the darkness of the night. I was here. 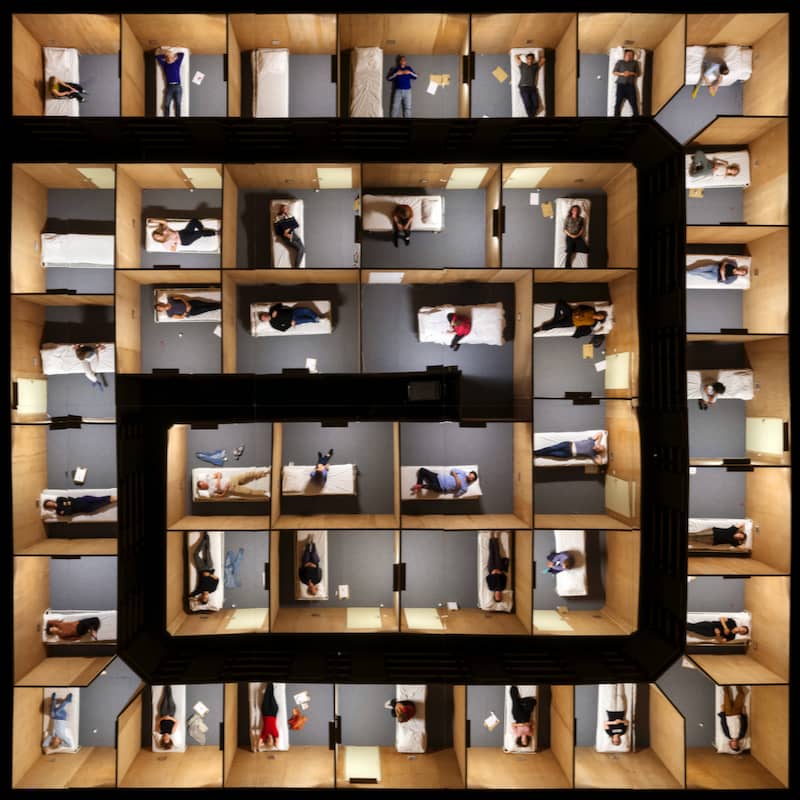 Dancer and choreographer Cherish Menzo: "The anti-racism movement is not just about one issue, there are many issues and they’re layered"