The Fringe Festival presents lesser known, more experimental and fresh new makers in several cities across the globe. When you say Fringe, the first location that comes to mind is Edinburgh, a city that for three weeks every August explodes in a tsunami of performances catering to every taste.

The considerably smaller-scale Amsterdam Fringe Festival (3-13 September, different locations across town) presents a perhaps more controlled creative explosion in terms of size and numbers, but one that is more concentrated – and possibly more radically experimental, too. Creations from the literal fringes of performance practice, featuring artists “from a wide range of backgrounds, origins and futures” with a common interest: a love for the unknown. Lucia Fernández-Santoro and Jordi Ribot Thunnissen explored some of the performances and talk about their findings in two separate articles.

Part 1: Four pieces that delve into the personal and collective sides of identity:
two interesting takes on the local, late-soviet heritage of the makers, and two less interesting attempts at genderbending.

JR: I went to the Compagnietheater to see NAM – Non-Aligned Movement by Slovenian-born dancer and choreographer Christian Guerematchi. In a conversation with you, he mentioned his struggle with being – as some have called him – a Bounty: black on the outside, white within.

LFS: Right, we talked at length about how he was perceived differently, depending on the context. In some places he was seen as black or brown and in others as white, which came with very different social connotations.

JR: In NAM he revisits a narrative he grew up with in his native, former Yugoslavia: that of the Non-Aligned Movement founded, among others, by its  leader Tito in 1961. It is a league of countries – many recovering from African colonisation – that originally aimed to break with the polarised geopolitical system of the Cold War.

Guerematchi first appears dressed in tight black briefs, ornately lined with crystal beads, and an equally black headpiece resembling a fencing mask. Made anonymous, his ripped body becomes the focal point of our attention. His movements are searching, not always aligned with the enticing soundscore designed by Shishani. Both the colour of the skin and his way of moving converse with the historical narrative. He closes, dressed in a white military uniform, face now uncovered, by delivering a speech in Slovenian. Emulating Tito’s voice, he speaks to a “communist youth” and updates the political rhetoric to embrace the current identity quest of people caught up in the African diaspora. Does he present us with an opportunity to redefine what socialism, or communism, can mean in light of today’s failed capitalism?

Body as a weapon, by Slovak-born Sandra Kramerová is another work that addresses its maker’s relationship with the soviet ideological framework of her youth. What did you think?

LFS: This solo, created and performed by Kramerová, dives into Czechoslovakian forms of propaganda in the 1950-1980s. It is a comment on what it is to be an individual in a totalitarian system. She uses the parade form that was a popular propaganda tool during that time: a dance practice as a way to demonstrate power, but also to take away individuality in favour of group strength. Physical skill and patriotism are used as a way to empower the masses. With the piece hovering between a tribute and a commentary, Kramerová does a good job at making us feel her simultaneous shame and joy.

What threw me out a little was that after the first part – in which she introduces a very clear visual and movement language, wearing a parade outfit and moving mechanically – there is a switch. She reappears in a sporty 80s suit that reveals an athletic catsuit. When she starts to move to lyrical tunes, it’s a much less squared movement sequence. I wasn’t sure if it was an interpretation of the previous scene in her own movement, or if it was a continuation of the parade choreography.

JR: Yes, I’m instantly drawn to language barriers. With or without subtitles, they remind me of the need to adjust my focus, to try and filter my experience through theirs.

LFS: For me, Kramerová’s repeated uttering of the slogans (projected in English simultaneously) added a great touch without adding unnecessary drama. Overall the dominant thread of the piece, reinforcing the political value of the body, is precise and well crafted. I thought the literal expression of the concept was balanced by the visuals, the projections designed by Álvaro Congosto and outfits. I am not sure if I needed as much movement. It turned into a very dancy piece at times, which seemed to defeat the purpose of the dry and structured first sketch. 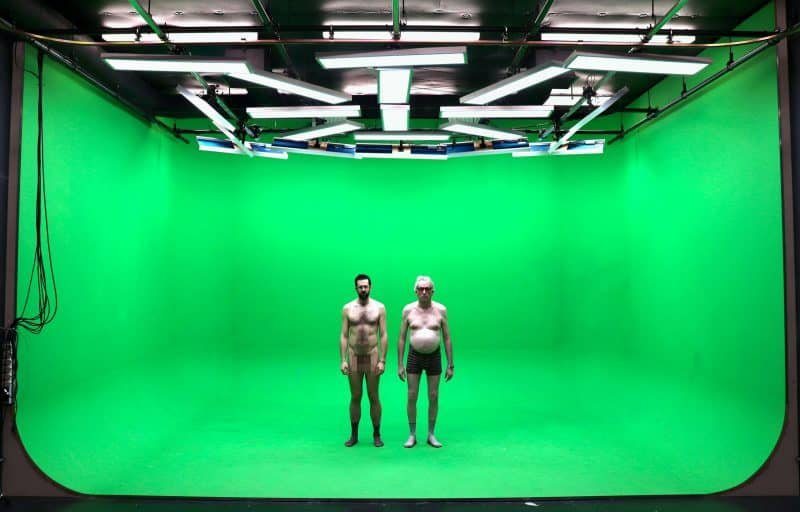 The next two works we saw together. The live work The Unanswered Question and the film Aphrodisiac II aimed to challenge our engrained social references. This time, through addressing the representation of gender binaries.

JR: The Unanswered Question really fits the Fringe bill. Or: does it? Rietveld-graduate, visual and graphic artist André Chapatte (31) collaborates with visual artist/composer and Rietveld professor  Hans Muller (63) in this first production of the company Sabotage. In the Unanswered… they set out to question masculinity by decontextualizing topics and props, stripping them of their conventional meaning and randomly assembling them in a DIY-looking scenery. Cigarettes and beer cans, feigned motorbike sounds, the use of whirring electric tools as a soundscore. The two performers’ attempt to question the identities they carry is endearing and I welcomed the overall setup as it steered very clear from mansplaining – in this sense, they created an antithesis of the man-cave they were trying to escape.

LFS: This part felt tentative, because it was quickly covered by a series of messy dramaturgical (non) choices. It seemed to me they may have forgotten themselves what they were trying to research.

JR: I agree. The line between wilful chaos and a bad set-up is quite thin. Answering questions on stage hasn’t been the goal of the avant-garde in performing arts since the early 20th century. With all its desire for rawness, the way this piece addresses its central question doesn’t convince.

LFS: This brings me to the film Aphrodisiac II by former Batsheva Young Ensemble dancer Robin Nimanong. Apparently, Nimanong’s interpretation of radical queerness is placing two lost-looking boys in heels and trashy (or rather, carefully curated messy) outfits in an empty theatre. It reminded me instantly of the way struggle is often portrayed in dance: senseless falling and disoriented gazes, with choreographed falls and dancy movements appearing here and there.

Here, a female figure makes an appearance. With a vague clubbing aesthetic of chokers, fishnets and glitters, the female body is semi-fetichized and objectified. Strangely, despite the claim that this work is a commentary on toxic masculinity and an attempt to empower, quoting the artist, “minorities”, the male gaze seems to prevail. I’m afraid this attempt to offer a different perspective on gender just adds to the cliche of what queer “looks like” in commercial ads.

JR: Yes, I was quite surprised at some very apparent blindspots that rather than questioning the convention, served to underscore it instead. Take, for instance, the choices in terms of spacing: white male centre stage in the spotlight of a big theatre; POC male in the auditorium of that same space; woman in a dark non-space, out of sight.

LFS: With such an abundance of references available, both in the field and beyond, it feels clumsy and superficial to revert to the representative aesthetic of the issue you are trying to address. 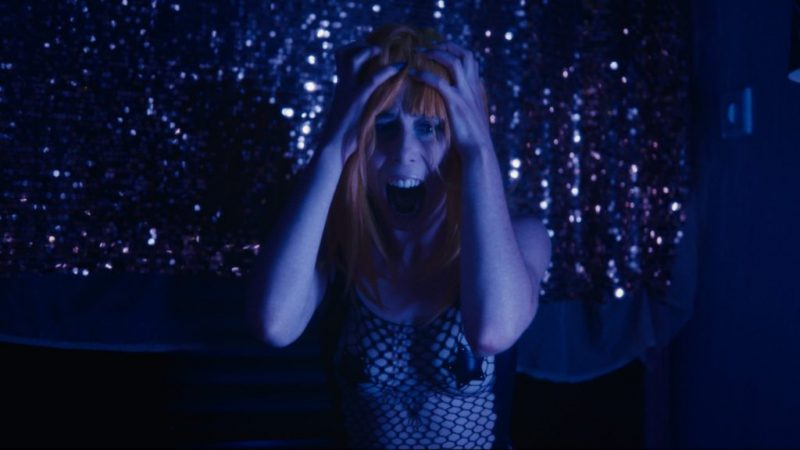