On Friday, 22 January, International Theatre Amsterdam teamed up with Toneelschuur Productions to present a livestream of the universally acclaimed play Weg met Eddy Bellegueule. Based on Édouard Louis’ novel The End of Eddy, the coming-of-age drama offers an often gruelling depiction of growing up as a homosexual in an environment that is characterised by economic and emotional poverty. It is rough, raw and highly emotional.

Director Eline Arbo, who last September won the Regieprijs (Best Stage Direction) for this show, has the four young actors Victor IJdens, Jesse Mensah, Felix Schellekens and Romijn Scholten share the role of main character Eddy. Their high-energy, exquisitely layered teamwork won them a joint nomination for a Louis d’Or, the Dutch award for best stage performance. Aside from portraying Eddy, the four each take on different characters around him, with IJdens as a rude, violent and ultimately clumsy father and Mensah as a chain-smoking mother whose manipulative skills run away with her. Eddy grows up trapped in a belief system that makes everyone a victim from the get-go, defined by slippery values nobody can live up to. 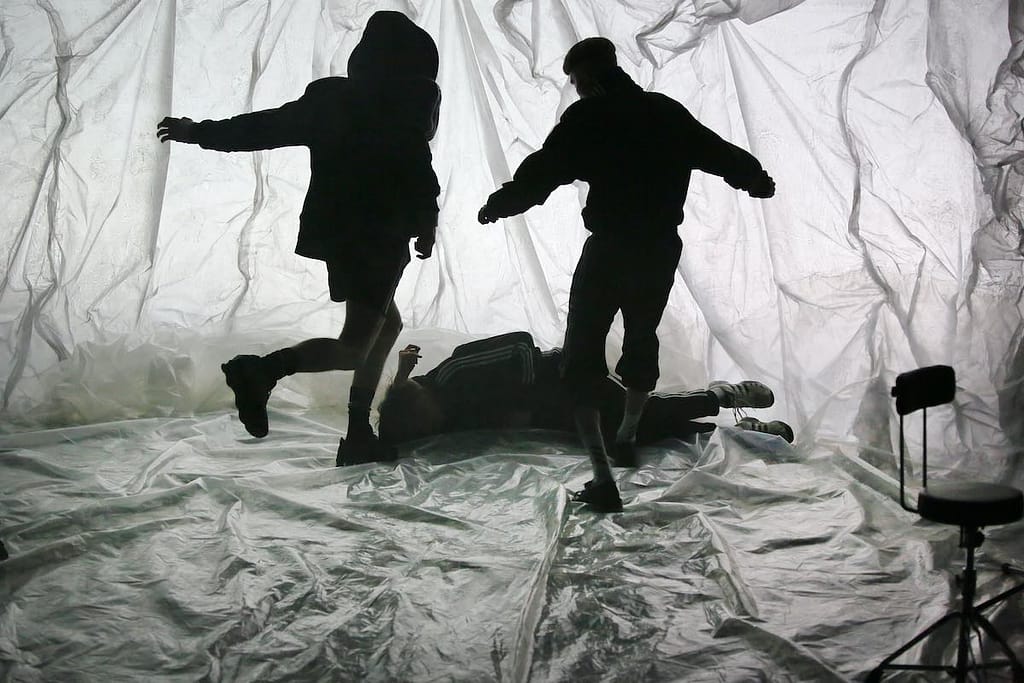 It is a play that lends itself well to capturing on camera. The claustrophobic atmosphere is symbolised in the stage set (set design by Juul Dekker) by a cave made of multiple layers of thick, unwieldy sheets of plastic. It’s like a misconceived womb designed not to nurture and shelter, but to hide away, choke and drive off. As the tension between Eddy and his surroundings mounts, the cave walls move in on him. Paired with the close filming by multiple cameras, watching the play online is a dizzying, stifling experience. There is a pervasive sense that Eddy is trapped. The camera, our screens, our eyes, block the exit from this cave.

The show is one long attempt to abort the boy who fails to comply. Every response from his peers and family members, to his singing and dancing, his being beaten up and bullied, is intended to quash the life energy that Eddy radiates, or turn it into the kind of energy that is allowed; tough, violent, preverbal. Because the same actors also perform the very people who bully him into fitting in, and with the same intense levels of energy, it becomes apparent that this particular world view is one in which there can be no winners. The love they pour into playing Eddy bleeds into their renderings of the others. Their rage is frustration, their fists words that must be swallowed, their pride is shame turned outward.

I saw the play in the theatre as well, with 30 fellow audience members scattered across the auditorium. The difference in spacing between the audience and Eddy, I felt, was the main difference with watching it online: the closeness of the screen makes it even more apparent what a feat these actors are pulling off. And moreover, it compels viewers to choose. As the pressure mounts, we come almost unbearably close at times. The screen version demands a choice from its audience: do we open our arms to Eddy, and say: run, come over to this side, we’re happy to have you? Or are we complicit as viewers, peering into the place that pins him down, but blocking the exit all the while? 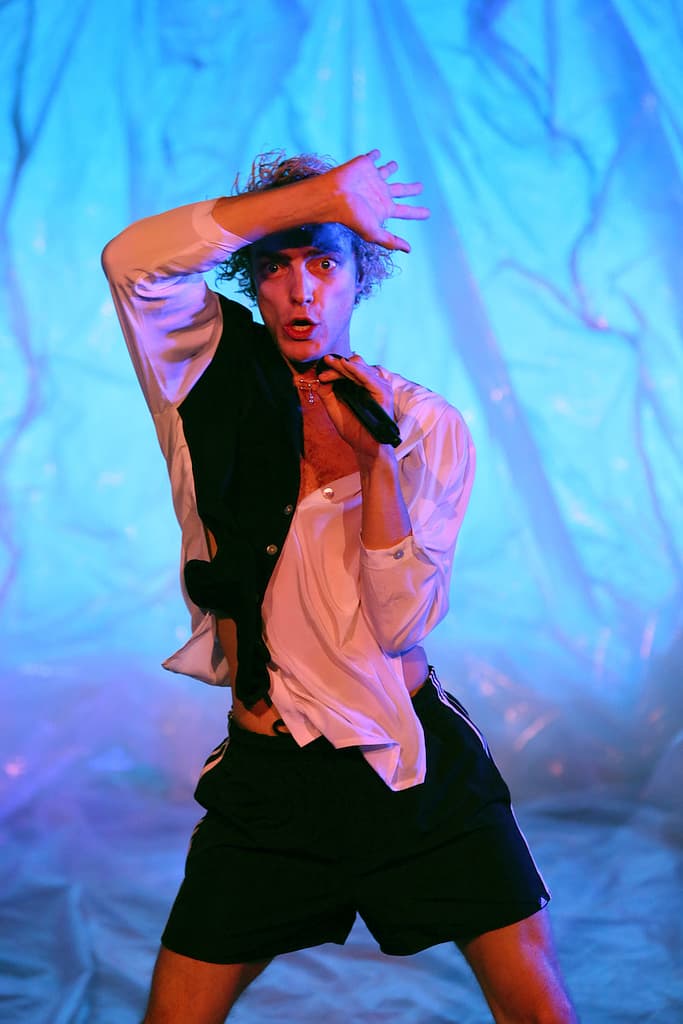 Choreographer Dunja Jocic: "I’m trying to imagine what the world will be like in twenty years when my own daughter grows up"