The double bill Feminale, presented as a livestream during the online 2021 edition of CaDance Festival, centred on women as fighters. Krisztina de Châtel’s dancers marched and showed their firsts, battling it out with an uneven playing field in Scala, while Astrid Boons had three dancers combating the downward push of twelve striplights in Arise, a struggle to find their bearing.

Once again, Krisztina de Châtel has presented her dancers with a formidable spatial challenge. In the course of her long career, she has made dancers grapple with the earth (Föld), follow a strict grid (Thron), or dance inside a steel globe (Concave), to name a few of the classics. This time, the spatial element is a giant staircase, one that featured in the Dutch Dance Days’ 2018 exhibition on the choreographer, but adapted by designer Teun Mosk to be used in a show. It is introduced on its own, the sole and imposing occupant of the dance floor, swirling with ever narrowing steps all the way up almost to the grid. A whir, and the construction starts to spin. It sets off an ominous creaking and clanging. Now who wants to try and reach the top?

Five female dancers uniformly dressed in black boots, trousers, sleeveless shirts and caps step onto the stairs. With strong legs, straight torsos and stern faces they perform an angular marching sequence that has an elegance of its own thanks to the precise execution; the same dancers performed the reprise of Thron (2018). Their bare arms stretch, their hands form fists, then the arms turn into guns. These women are at war and fighting. There is strength in their number, but the uneven terrain is treacherous.

The women find a way to surpass the measured, menacing, often deemed ‘masculine’ energy of the movement material as, draped wide-legged across the steps, their long hair comes loose and their faces open up. The camera brings it into closer view. Now they come into their own, unafraid of scaling the heights of the steps with long strides, growing more delicate as the room to place their feet grows narrower and narrower. What I’d give to be in the same room with them and feel the force of that spinning set piece, catch the dizzy energy as it picks up speed. The screen will have to do for now. 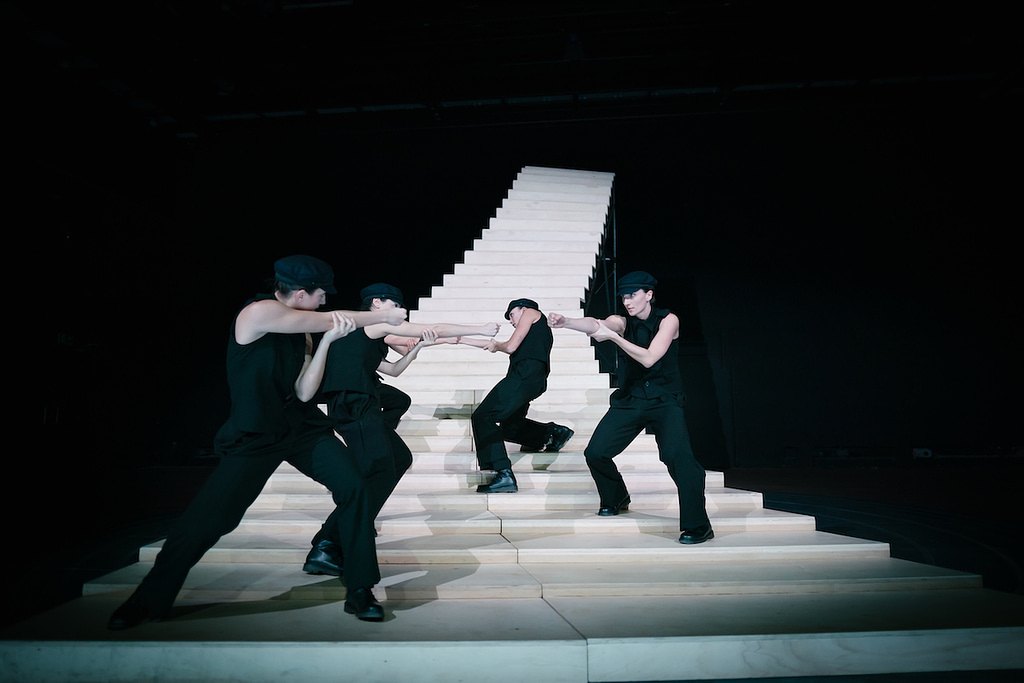 The three women in Astrid Boons’ piece seem to be pressed down by the twelve white striplights overhead. And they are not comfortable. The three bodies are tensed to an extreme – even watching it onscreen, it halts my breath to hear them panting and grunting. They are writhing on the floor, wrists and ankles cocked, chins locked to chests or stretched up to the ceiling. Their environment, save from the lights, is a bare black box. How will these three struggling bodies find their bearing in a hostile space like this?

Well, slowly, and only briefly as it turns out. Boons keeps the muscle tension high throughout the piece and the camera comes close enough so we can see what an effort it is to just straighten a back, direct a limb, or fix a gaze. Briefly, the three find a groove and move sideways to the beat, while on all fours. Somewhere along the line, they end up huddled together, and one of the women places a hand on another’s shoulder, a cheek rests on a chest for a moment. But they must move on, each has their own goal to attain, or dream to pursue.

When one of the lights comes loose at one end and dangles there, it marks the start of a hopeful sequence. Will the women’s efforts to come upright win it from the downward energy of the light? Is it the light’s downward push that mounts such tension in their muscles? Could the women take control over their trajectory by letting go?

Both shows in Feminale feature women directing their efforts upwards, up a set of steps or through the ceiling. Both feature sets that direct the energy in an opposing direction: downward, or in a spiral. The gesture of women reaching up is one that is laden with significance and connotations. But both pieces show the win doesn’t come easily. It takes admirable strength to battle an environment that pushes back. 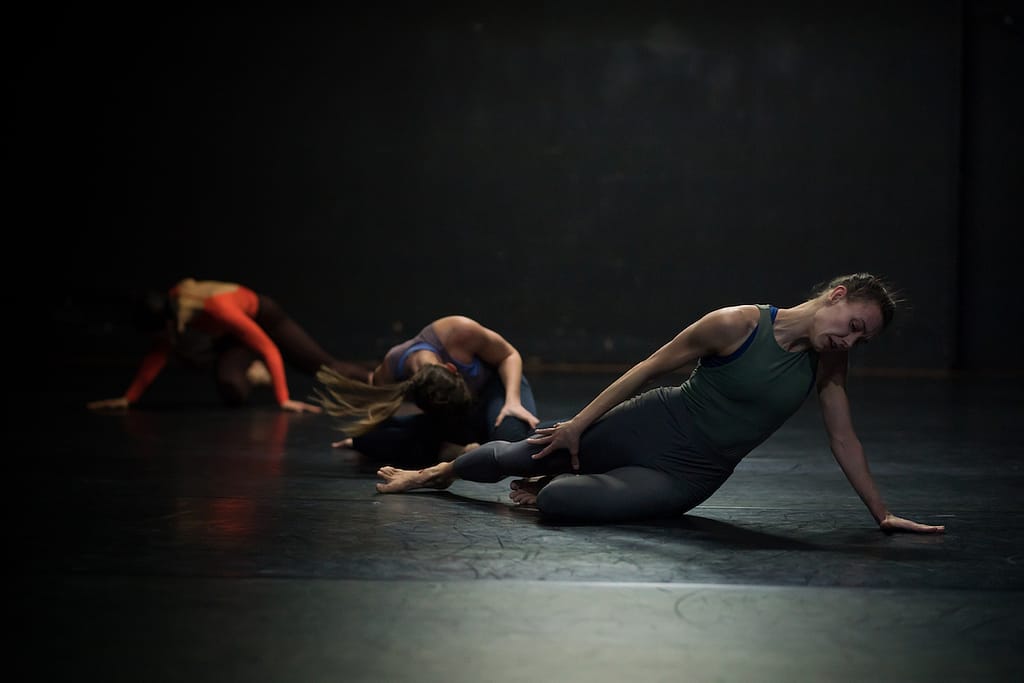